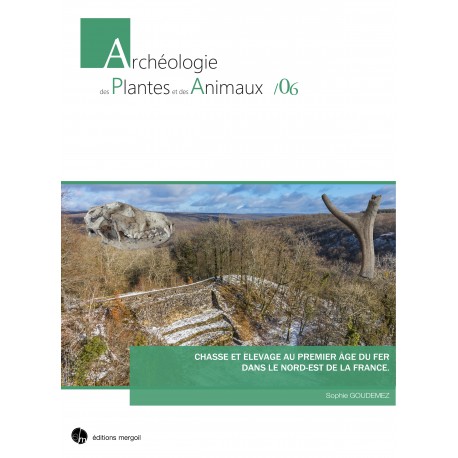 Notify me when available

This first synthesis on hallstattian faunas is based on 160 000 animal remains from fifteen habitats. Among
those, some are fortified and occupy hilltops, some others are rural settlements, and a particular one.Bourges « Avaricum », constitutes the first evidence of a form of hallstattian town planning in France. Over those five centuries (800 – 430 BC), social and cultural changes occur within communities in the northeastern quarter of France, but also more largely towards the east, reaching Austria. This is characterized for instance by the emergence of fortified habitats and the appearance of rich tombs under tumuli. This observation raises questions, whose core relies on exchanges between communities, since they are the cause of the existence and propagation of this cultural phenomenon. Sites variety, from strongholds to rural settlements, also leads to investigate on the social and economical organization of communities.

The study of animal remains, most of them meal vestiges, improves our knowledge of each of those topics. For example, the examination of their morphologies demonstrates a gradual decrease of their height at withers and also shows the appearance of large horses and oxen, although restricted to strongholds. Species frequencies, species use, modes of cattle management (age and sex), and the quality of the resources they provide highlights the existence of differences among habitat main categories: fortified, open or urbanized.
It also shows that there is some heterogeneity within each of these categories as wells as for some types of relations, such as trading. Thus, this research work enriches our approach to halstattian societies and enhances our knowledge of husbandry, hunting and food customs from the Neolithic to present-day.

6 other products in the same category: