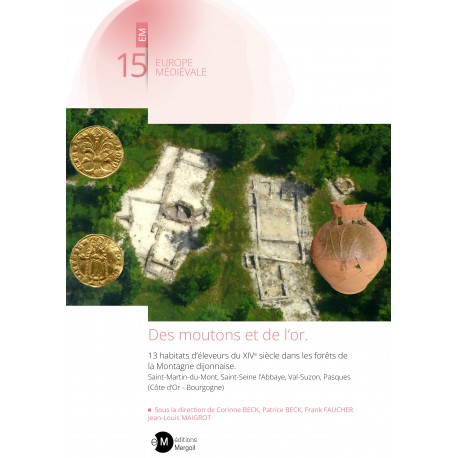 About twenty kilometers north-west of Dijon, on either side of the Suzon river upstream from the eponymous village, extend around 4000 hectares of forest on the margins of the finages of Saint-Martin-du-Mont, Saint -Seine-l’Abbaye, Val-Suzon and Pasques.

Between 2003 and 2019, a multidisciplinary survey combining prospecting and archaeological excavations, soil and plant cover analyzes, studies of maps and lidar images, bibliographic and archival analysis, discovered or rediscovered no less than 26 deserted habitat sites and, among them, 13 establishments founded, operated and deserted in the 14th century.

Everything shows that these establishments were those of sheep breeders who, by their location in the suburbs of the capital of the Dukes of Burgundy and stretching along one of the roads crossing the threshold of Burgundy, met the urban demand for foodstuffs and parchment on the one hand, to that of the great international wool trade on the other. They bear witness to a mode of production that is less subsistence than entrepreneurial, associated with the commercial and speculative activity which then animates Burgundy between the Champagne fairs and Italy and which still lasts for a good fifty years after the massive outbreak. and recurring episodes of war and plague that rocked the region from the late 1340s.